Castilla-La Mancha promotes the sector of the future: the bioeconomy

Invierte en CLM » Castilla-La Mancha promotes the sector of the future: the bioeconomy

Over the years, the bioeconomy has become a key element of society. By bioeconomy we mean is the set of economic activities from which we can obtain products and services that create economic value through the sustainable and eco-efficient use of biological resources.

In this regard, there are key factors that will make the development of the bioeconomy increasingly important in the coming years. These include, for example, the significant growth of the world population expected in the coming decades, the resulting increase in food demand, greater energy dependence, or the scarcity of water and other resources due to their overexploitation.

It should be noted, however, that the bioeconomy is not only about food production and marketing, but also about forest products, bioproducts, and bioenergy. In addition, the bioeconomy needs other sectors for its activity, such as the public, scientific or technological sectors, and many others.

Castilla-La Mancha as a driver of the bioeconomy

Castilla-La Mancha has its own characteristics that make it one of the most developed regions in the field of bioeconomy. Among its numerous initiatives, benefits and projects, the following stand out:

-Its abundant and high quality agricultural production for use as raw material for the bioindustry. The institutional support for R&D&i, thanks to which the region has many public and private research centers, including the Castilla-La Mancha Science and Technology Park, the Regional Institute for Research and Development of Agriculture and Forestry (IRIAF), the Institute for Concentrating Photovoltaic Systems (ISFOC) or the National Center for Hydrogen and Fuel Cells (CNH2).

-There are also many public-private collaborations and R&D initiatives at the national forefront, such as the CLAMBER project (Castilla-La Mancha Bio-Economy Region). This project was led and developed by the Regional Institute for Research and Development in Agriculture and Forestry (IRIAF) of Castilla-La Mancha and has the following objectives: 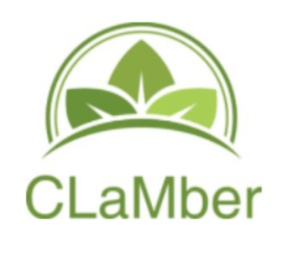 -Pursuing an active policy to promote regional clusters in a wide range of sectors. These include health, inclusive and secure society, digital world and industry, climate, energy and mobility, and food resources and nature.

-It is one of the regions that offers the most incentives to companies setting up in its territory: both for investment and for research and development, as well as for training and hiring workers.

-It has a qualified workforce for this sector, coming from technical studies (engineering, professional training, medicine, etc.), as well as a relevant concentration of professionals with scientificand technical training due to the existence of research centers.

All this makes the region a place that offers numerous advantages and benefits to investors who want to bet on the circular economy sector in Castilla-La Mancha.

Sustainable vision for the future of Castilla-La Mancha.

The adoption of the 2030 Agenda Strategy for Castilla-La Mancha is a major step in turning the commitment into reality. It aims to make visible, raise awareness and communicate the importance of complying with the SDGs in the three dimensions they cover: Social, Environmental and Economic. It is described as a tool for inter-administrative coordination and social participation, as well as a roadmap and script for the organization and implementation of all actions carried out in the Autonomous Community to achieve regional development based on sustainability criteria.

On February 23, the Progress Report on the 2030 Agenda in Castilla-La Mancha 2019-2021 was published. During this period, the foundations of the 2030 Agenda were laid and the progress report shows great progress and significant progress in most of the goals, with 35 percent of the targets achieved. In addition, the Local Network 2030 of Castilla-La Mancha was approved by decree, with the aim of strengthening the work with local authorities to move forward in the implementation of the SDGs in all municipalities of the region.