Castilla-La Mancha is the second region in the country in photovoltaic energy production and the third in thermal, solar and wind energy. 77.5% of the total installed energy in Castilla-La Mancha comes from renewable sources.

Within all Spanish regions, Castilla-La Mancha ranks second in photovoltaic power generation (20.17% of the total) and the third in installed capacity (16.86% of the total). With 1,021 new MW installed in 2021, this is the technology that has increased its presence the most in the Manchego generation park; 52.6% more than the previous year. The photovoltaic system installed in Castilla-La Mancha in 2021 could cover the electricity consumption of more than 580,000 households 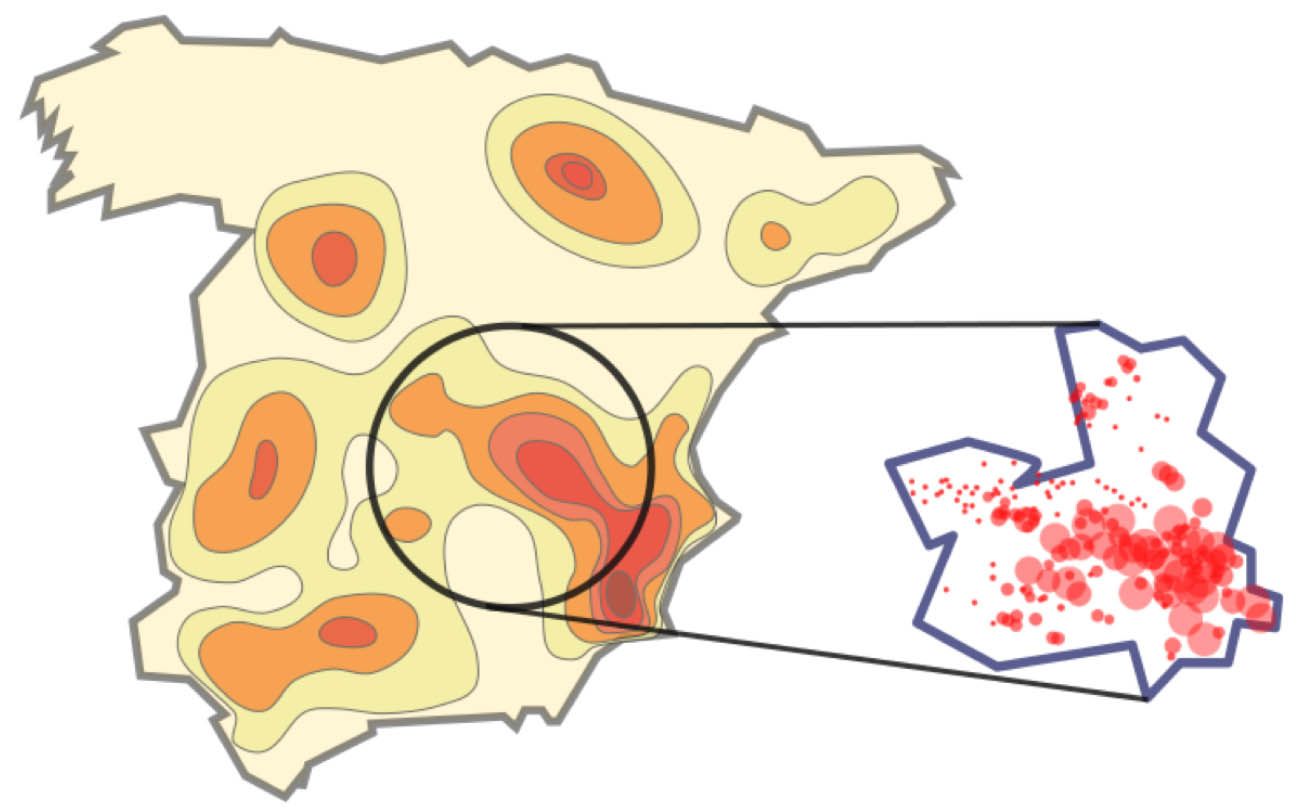 At the national level, concentrating solar power (CSP) is highly concentrated in the south of the country. Only three autonomous communities have more than 95% of installed capacity. Castilla-La Mancha is the 3rd region with 15.16% of capacity and 13.16% of generation.

Map of CSP plants in Spain and Castilla-La Mancha 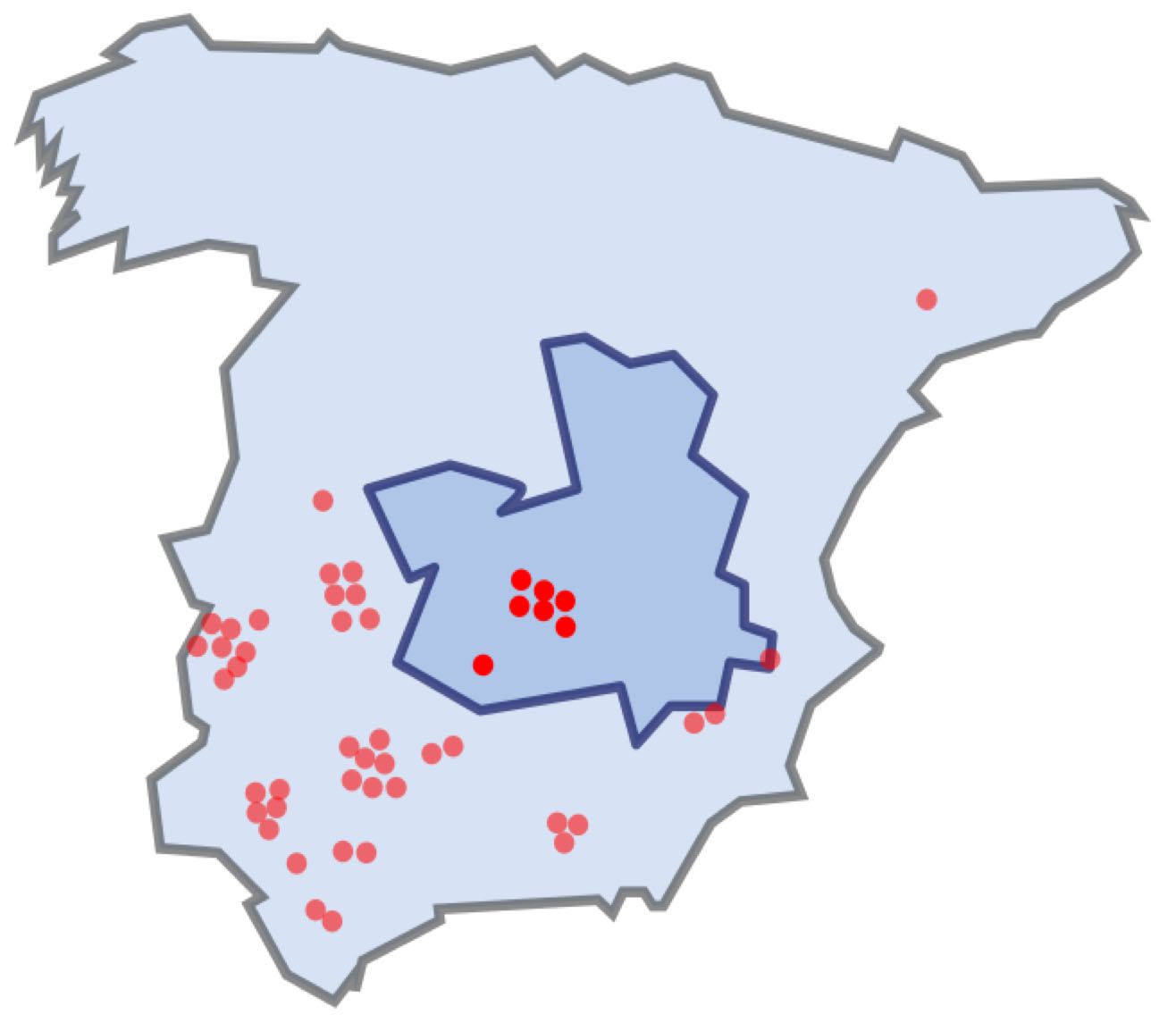 Castilla-La Mancha is one of the leading Spanish regions in terms of wind energy. It ranks third among the autonomous communities in both rankings, with 14.22% of installed capacity and 13.05% of total generation.

In 2021, wind energy was the first source of electricity generation in Castilla-La Mancha. Almost 4,000 MW, representing 38.1% of the total. 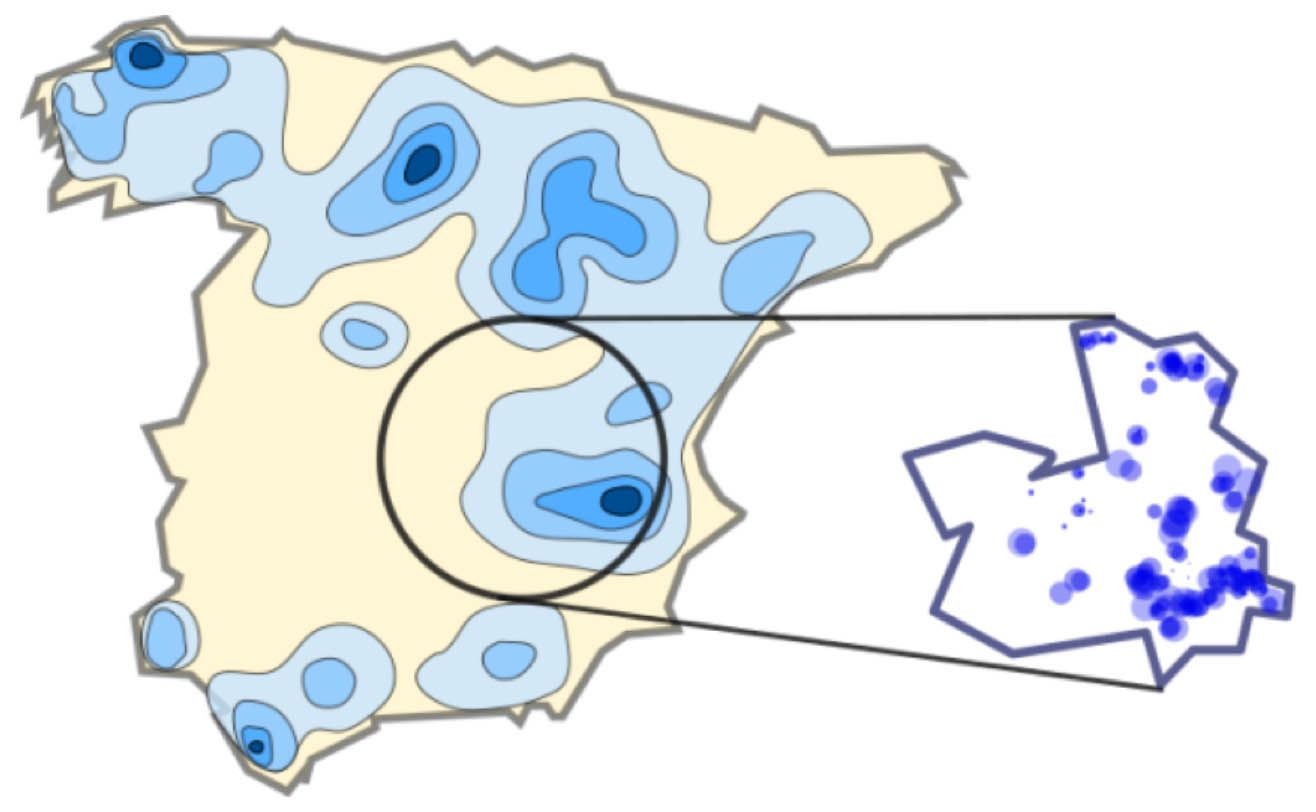 Castilla-La Mancha has its own characteristics that make the region a reference point in this sector. Among the many initiatives, benefits and projects, the following stand out:

-its abundant and high quality agricultural production, which serves as raw material for the bio-based industry. The institutional support for R&D&i, thanks to which the region has many public and private research centers, including the Castilla-La Mancha Science and Technology Park, the Regional Institute for Research and Development of Agriculture and Forestry (IRIAF), the Institute for Concentrating Photovoltaic Systems (ISFOC) or the National Center for Hydrogen and Fuel Cells (CNH2).

There are also many public-private collaborations and R&D initiatives at the national forefront, such as the CLAMBER project (Castilla-La Mancha Bio-Economy Region). This project was led and developed by the Regional Institute for Research and Development in Agriculture and Forestry (IRIAF) of Castilla-La Mancha and has the following objectives:

Construction of a technologically advanced biorefinery at demonstration scale to explore the production of innovative value-added bioproducts and biofuels from biomass.

Create a technological pole in the region to activate synergies with companies that both produce biomass and are users of bioproducts, and to promote the creation and exploitation of new market niches.

Creation of an efficient system of public-private cooperation focused on scientific-technological progress and a driving force for initiatives with European and international scope.

The renewable energy plan 2011-2020 for the regional government expects opportunities for companies to arise in the following areas: