We will: the new Invest in CLM campaign to position Castilla La-Mancha as a prime investment destination.

Invierte en CLM » We will: the new Invest in CLM campaign to position Castilla La-Mancha as a prime investment destination.

The VI Forum of Foreign Capital Companies of Castilla-La Mancha was the chosen event for the launch of “We will”, the new Invest In CLM’s promotional campaign to attract foreign investment to the region of La Mancha.

Patricia Franco, Counsellor of Economy, Business and Employment, presented this new institutional campaign aimed at strengthening Castilla La-Mancha as an optimal investment location. “Foreign investment in the region has increased by 225 percent in the first six months of the year, reaching 148 million euros,” she stated.

The Counsellor announced that the campaign will be multi-channel, multi-platform and multi-directional. It relies on new technologies and new broadcast platforms, but also appeals to the traditional values that make the region a premium investment destination and industrial epicenter of the country.

During this event to support foreign capital companies in the region, the Counsellor of Economy, Business and Employment highlighted that the government has promoted the implementation of 116 foreign investment and reinvestment projects in the region since 2015, “56 of them in the last legislature and 60 in the first two years of the current legislature.”

The new campaign will aim to increase the sustained flow of investment, which has stabilized in the region at 141 million euros per year since Emiliano García-Page took office, and continues the upward trend that has been confirmed in the first six months of this year.

“We want to strengthen the positioning of the region as a differentiated investment destination, attract and facilitate the establishment of new companies in Castilla-La Mancha, improve the investment climate and maintain and expand existing investments,” said the counsellor, listing the main objectives of the campaign.

This campaign aims to increase the flow of investment in the region, which has stabilized at 141 million euros per year since García-Page took office in the regional government in 2015 and whose upward trend has been confirmed in the first six months of this year.

“In the first half of 2021, foreign direct investment in our region has reached 148 million euros, increasing by 225% in that period,” said Patricia Franco, after assessing investment in immobilized stocks, which exceeded 6,374 million euros in 2019, according to the latest consolidated data.

“When we took office, this figure was around 3,367 million euros, which represents an increase of 89 percent, almost a 3,000 million euros increment, which we intend to continue consolidating,” said the Minister of Economy, Business and Employment.

In addition, We will launches an optimistic message with a vision for the future: “We will lay the foundation for a new era, the era of recovery, but also the era of strengthening our values that make Castilla-La Mancha a region full of opportunities, not only for the size of its land, but also for its people,” he concluded.

Puy Du Fou was the place chosen for the presentation of the campaign. Patricia Franco pointed to the French capital project as one of the examples of investment and reinvestment of foreign capital in the region, in a strategic sector such as tourism: “This place looks back to the past, but is very well oriented towards the future. Puy Du Fou represents our government’s support policy for all investment and reinvestment projects in Castilla-La Mancha”.

Erwan de la Villéon, CEO of Puy du Fou Spain, thanked the administration for its important work in bringing the project to the region: ”The regional administration of CLM has guided and channeled the project to get it off the ground as soon as possible. Castilla-La Mancha is a very determined region, committed to the future without forgetting the past,” he concluded. 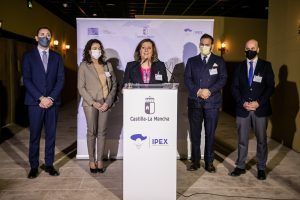 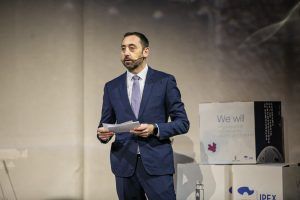 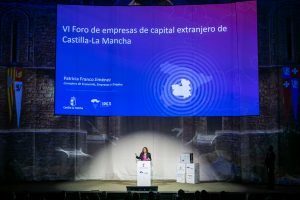 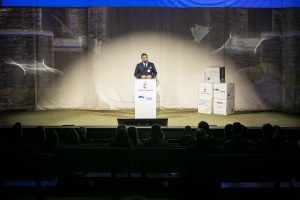 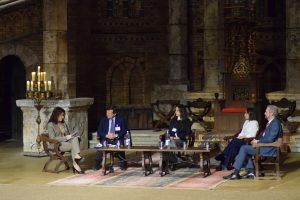 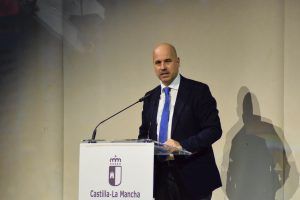 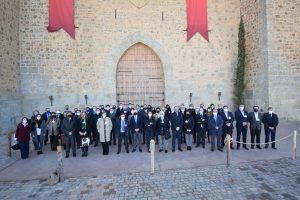